If, like thousands of other road users in the UK today, you are unaware of the laws surrounding the UK’s drug driving limits, legal thresholds and the zero tolerance approach 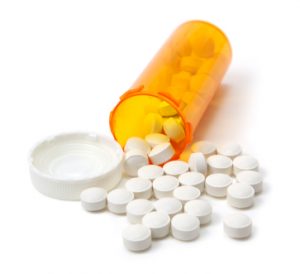 to drug driving related offences. Then take a minute to imagine being pulled over by a police officer, being asked to perform a FIT test (Field Impairment Test) or other roadside screening, resulting in your arrest due to the test returning a positive.

Would you know if the correct drug driving procedure had been followed? Or why you were over the legal threshold?

The following information is for guidance purposes only. If you have been stopped at the roadside, arrested or charged. Contact one of our Specialist Drug Driving Solicitors immediately on 0161 839 5117 (North) for our Manchester or 0207 903 5144 (South) for our London office.

If you are pulled over the officer in question cannot randomly request a preliminary test without reasonable suspicion or belief, which must be established before an initial test can be made.

Once you have been stopped and reasonable suspicion has been established a preliminary test will be carried out. The test no longer relies solely on the FIT test (Fitness Impairment Test), but instead roadside screening devices that test for the presence of controlled drugs within your system. View drug driving legal limits.

When can an officer request a preliminary drug driving test

If the officer in question has a reason to suspect that:

If an accident occurs due to the presence of a vehicle on a road or other public place and the officer believes that you:

What type of preliminary test should I expect if stopped?

Currently, there are three types of preliminary test that you may be required to take:

What is a Preliminary Impairment Test

A test of any type designed to indicate if you are unfit to drive, if unfit, whether your impairment is the cause of either alcohol or drugs.

Can I be arrested?

Will I be expected to provide a specimen?

Unlike the preliminary tests which are only used as an indication of whether or not you have committed an offence, evidential specimens blood or urine will be retained and used as evidence in any court proceedings.

Call us now for a free,
no obligation, conversation and see how Hammond Trotter can help you.

\"With a listening ear, genuine concern and sharp expertise they have gone the extra mile with the kind of fantastic support that saw my allegation vanish. It was almost…like magic!\"